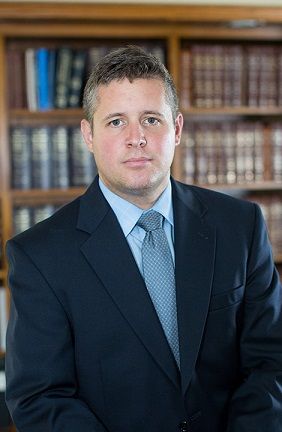 Owing to a track record of success, nominations from his peers, and many achievements in law, our very own Wichita personal injury attorney, Blake Shuart, has been selected to the 2018 Kansas Super Lawyers list by Super Lawyers Magazine. This is the first year Blake has achieved this recognition, having previously been named to the list of “Rising Stars” by Super Lawyers every year from 2011 to 2018.

The award is given to fewer than 5% of each U.S. state’s attorneys and is the product of an extensive review process that includes peer nominations, independent review and third-party feedback. Blake Shuart stands apart from the average lawyer, with more than 350 cases resolved and many millions of dollars recovered for his clients—now, he will also stand apart with the distinguished recognition of the Super Lawyers organization.

Blake is particularly passionate about representing children in personal injury claims, and he is proud to offer his time and experience to legal concerns involving injured children. He has represented young clientele whose parents work alongside him to fight for justice on behalf of children who have been victims of catastrophic injury or wrongful death. Blake has advocated for children by lobbying lawmakers for improvements to existing laws, writing opinion columns on the subject, and appearing in local news media.

Among Blake’s other impressive achievements is the fact that he has passed state bar exams in four states, where he maintains active licensure. This unique factor has led to Blake successfully representing personal injury victims across the nation. He has also had the privilege of appearing in cases in other state jurisdictions, including New York, Rhode Island, and Oklahoma. Among these states, Blake has successfully resolved more than 350 cases.

Some of Blake’s professional activities include serving on the Bench-Bar Committee for the U.S. District Court for the Kansas District, and he is an active member of the Federal Bar Association.

Looking for a top-rated personal injury attorney in Wichita? Contact Hutton & Hutton Law Firm, LLC at (316) 688-1166 today to schedule your free, no-obligation consultation or contact us online for a quick response.